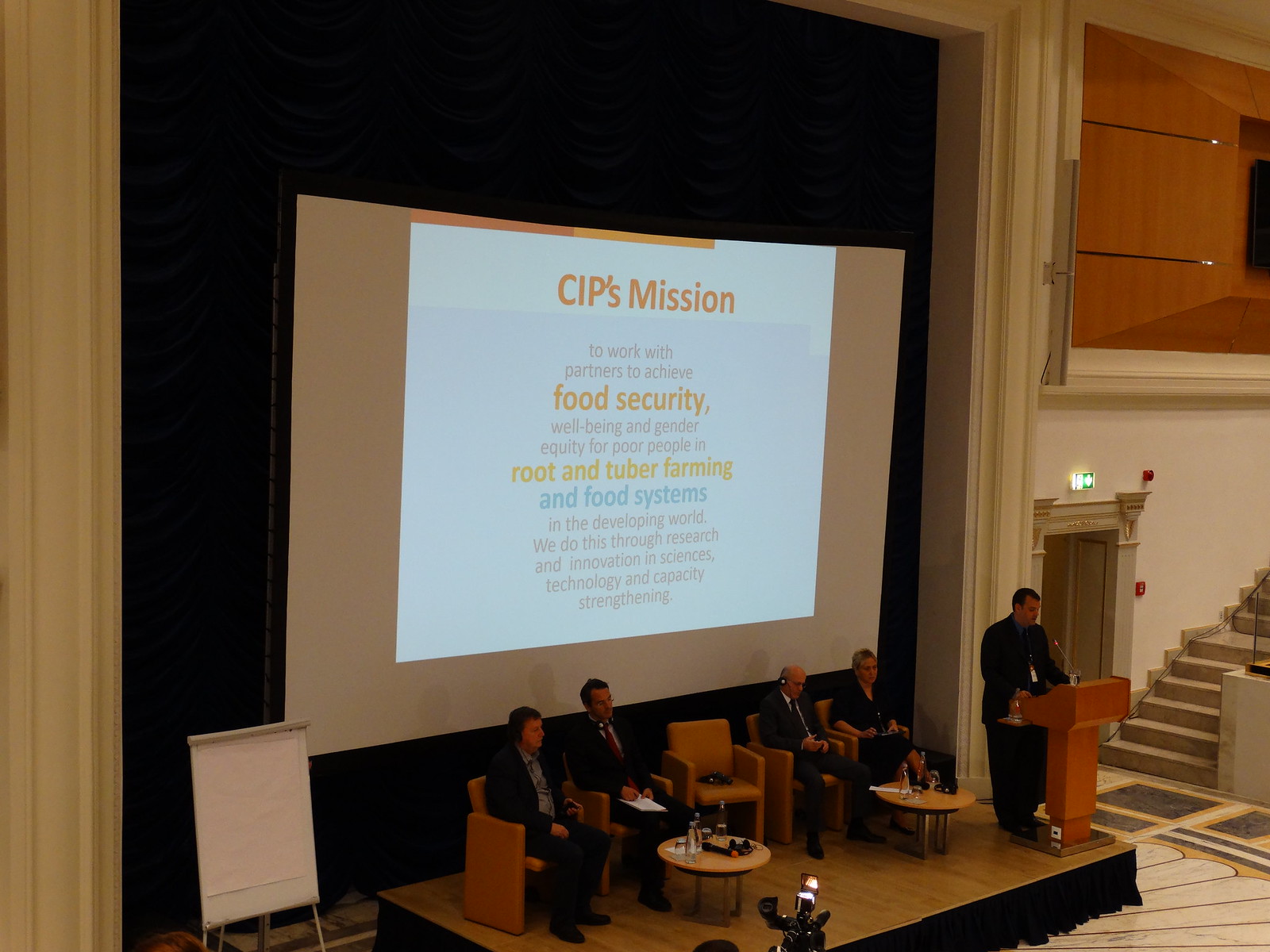 The Enhancing Rural Livelihoods in Georgia project was officially launched during a ceremony for the opening of the International Potato Center (CIP) Regional Office for Central Asia and the Caucasus, which took place in Tbilisi on October 11, 2017. During that event, CIP scientists gave presentations on the project’s goals and activities to an audience that included representatives of Georgia’s Ministry of Agriculture, the Georgian Scientific Research Center and the Austrian Development Agency office in Tbilisi, and members of the media.